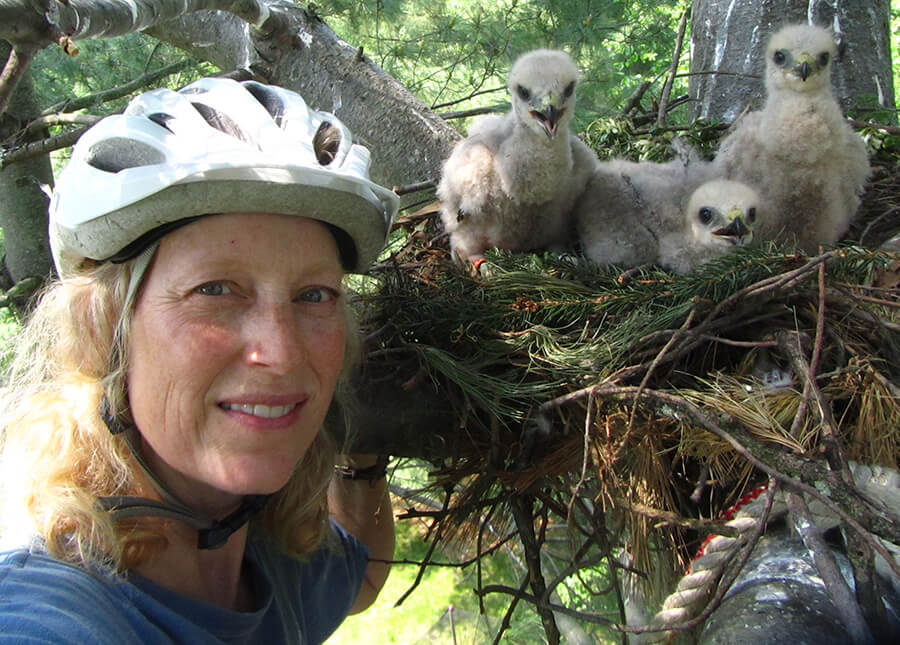 Raptors were once known as creatures of remote places, intolerant of human presence and activities. However, in recent decades, some raptor species have moved into and occupied urban areas all around the world. What caused this change? Why are some species able to live in our cities and not others? How do urban raptors survive the threats that humans and our activities pose? And what can we do to conserve them? All these questions and more have triggered a burgeoning of research into urban ecology of raptors and other species.

What scientists are learning may surprise you. A wide variety of raptor species now inhabit urban areas, including of course Peregrine Falcons and Cooper’s Hawks, but also Red-shouldered Hawks, Barred Owls, Burrowing Owls, Swainson’s Hawks, and even Northern Goshawks in Europe and Japan. Across this wide variety of species, one invariable characteristic of urban/suburban raptors is their adaptability. Species that can be urban are adaptable in one way or another, and this flexibility has resulted in great diversity in the ways raptors use urban spaces and cohabit with us. 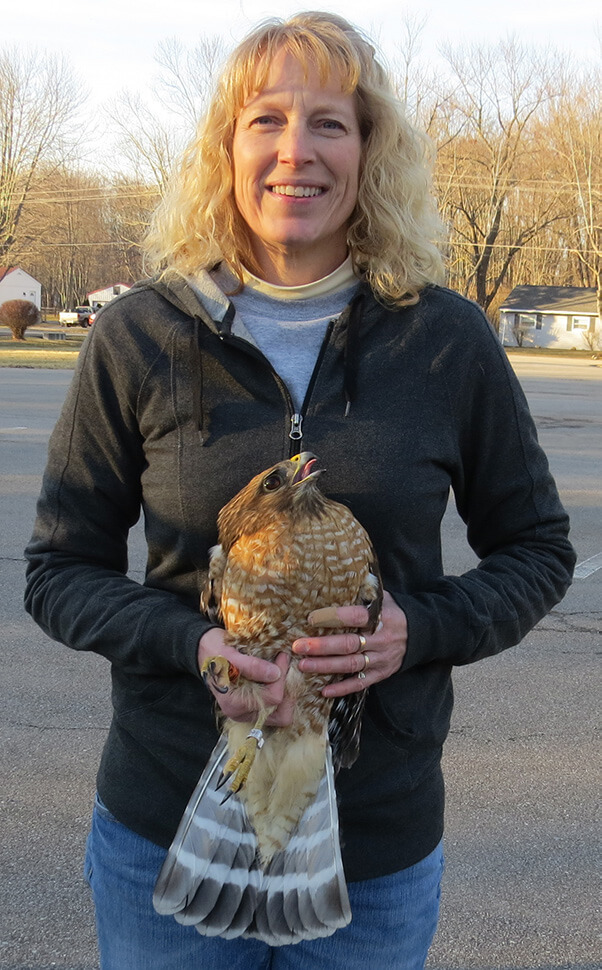 Urban raptor habitat ranges from the almost completely urban areas used by Peregrine Falcons to industrial areas, urban green spaces, and suburban housing interspersed with pockets of native vegetation. Some urban raptor species surprise us by nesting on billboards, window ledges, and rooftops, while others only use trees. Foraging behaviors of urban raptors are diverse too. Some, like Barn Owls that specialize on rats, take advantage of urban pests. Cooper’s Hawks and other bird-hunters benefit from the increased number of small birds in cities, while scavengers such as Black Kites are often found in urban rubbish dumps.

Some behaviors of urban raptors can generate conflict with their human neighbors – urban Swainson’s Hawks, Red-shouldered Hawks, and Cooper’s Hawks are less fearful of humans and sometimes defend their nests by swooping at or striking pedestrians. Our research team has studied urban Red-shouldered Hawks for more than 20 years, and what we’ve learned provides insight into both the ecology of urban raptors and the ability of humans to live with them. The evolving relationship between raptors, cities, and people provides hope for maintaining wildlife in our ever-urbanizing world.

Rodenticides needlessly injure and kill thousands of spectacular raptors as well as other valued wildlife and domesticated animals every year. Gary will give a brief presentation on the scope of the issue and describe how RATS is working to eliminate the poisoning of raptors.

Cheryl Dykstra, Ph.D. is an independent researcher and consultant in West Chester, a suburb of Cincinnati, Ohio. She earned her M.S. and Ph.D. in Wildlife Ecology from the University of Wisconsin-Madison, where she studied ecotoxicology of Great Lakes Bald Eagles. She has worked as a researcher for the USFWS and USEPA, and has served as the Editor-in-chief of the Journal of Raptor Research for the past 14 years. She has spent over two decades leading raptor research projects, including an ongoing 22-year study of urban Red-shouldered Hawks in the Cincinnati area

Our annual business meeting includes the vote for board members, information on fall sites, vendors, raffle prizes and refreshments!