Founded in 1976, EMHW is an all-volunteer, member-based organization whose mission is to promote the study, conservation and preservation of hawks locally and on a continental scale by monitoring migration in Massachusetts; to share data for research and conservation purposes; to promote education and awareness of the identification of hawks and the issues related to migrating hawks and to instill an appreciation for hawks in general.

We have approximately 175 dues-paying members around the country, primarily in eastern Massachusetts and neighboring states. We hope you'll join the club, but even more important, we hope you will visit and participate in our hawk watches. Learn more about what we do.

Click here for information about how to join EMHW.

The board annually elects a President, Vice-President, Treasurer/Membership Secretary, and Recording Secretary from the board. The President must be an elected director. The Treasurer/Membership Secretary need not be a member of the board. There are no term limits for either class of directors or officers.  (Elections begin with the mailing of the newsletter and conclude a week following the annual meeting.) 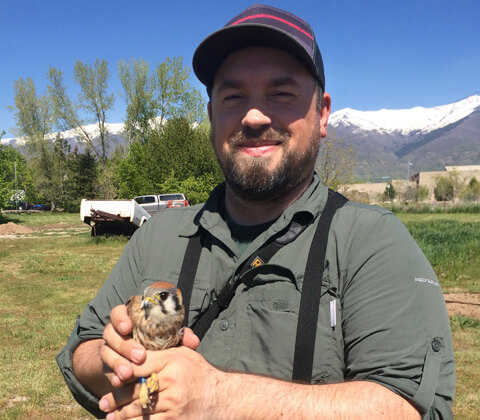 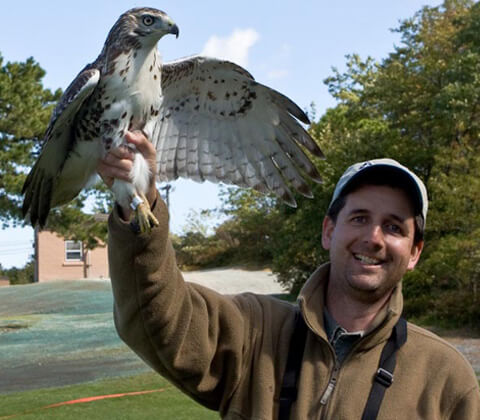 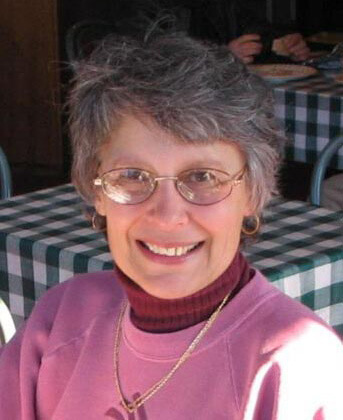 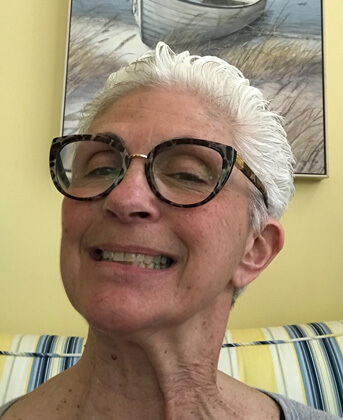 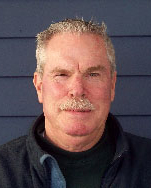 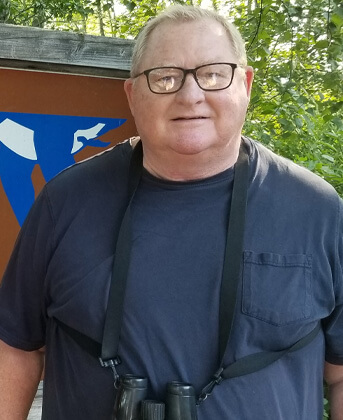 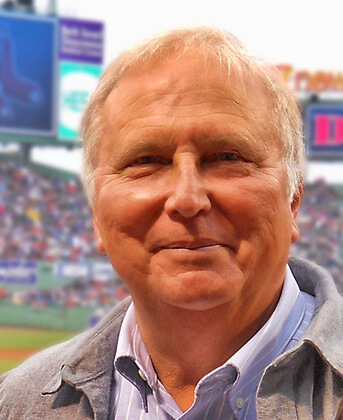 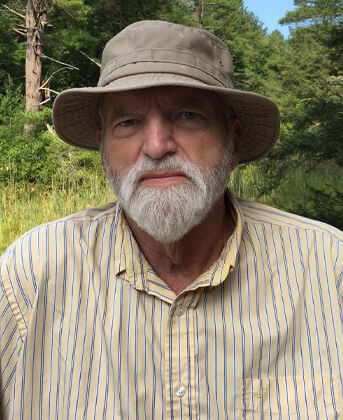 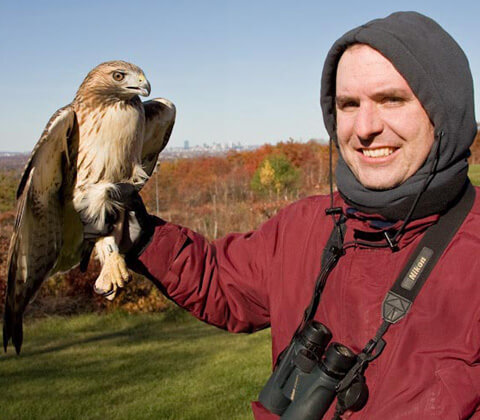 The Eastern Massachusetts Hawk Watch was started by Paul Roberts and his wife Julie in 1976 when three sites were covered by a small team for several weekends in the fall. It was called the “Eastern Massachusetts Hawk Watch” because in 1970 the New England Hawk Watch (NEHW; now NorthEast Hawk Watch) was established in the Connecticut Valley in Connecticut and Massachusetts. It was a small multi-state network of sites reaching to the eastern shores of Quabbin Reservoir, and was “covered” by The Bird News of Western Massachusetts. Paul sought to establish a network of sites from the eastern shores of Quabbin to the farthest tip of Cape Cod, an area covered by the Bird Observer of Eastern Massachusetts (BOEM), now Bird Observer, at that time the “journal of record” for Massachusetts east of the Quabbin. All the EMHW data was shared with the NEHW, to develop an understanding of hawk migration throughout New England. In 1974 the Hawk Migration Association of North America (HMANA) had been established to develop protocols for recording and reporting hawk migration counts and establishing a continental database on migration reports. All Eastern Mass and New England (now NorthEast Hawk Watch) data is submitted to HMANA for storage, analysis, and publication.

Paul and Julie, who loved hiking, had already been seeing hawks migrating over Wachusett Mountain and Mt. Watatic, and Pack Monadnock in New Hampshire. Incredibly little was known about hawk migration through Massachusetts at the time. The largest flight ever reported prior to 1976 was roughly 500 Broadwings seen by a woman hanging laundry outside in Framingham. Coverage expanded in 1977, especially at Wachusett, as Paul sought and organized volunteers to hawk watch from anywhere they wanted to, especially in September, to learn where, when, and how many hawks migrated through Massachusetts east of Quabbin. On September 13, 1978, four observers witnessed a flight of more than 10,000 hawks at Wachusett, changing what a lot of people thought they knew about migrating hawks in the state and region.

People initially hawk watched from more than 40 different locations varying from year to year, spring and fall, hoping to discover hawk flight lines under particular weather conditions. Wachusett Mountain State Reservation was the first site to establish “daily” coverage for up to 47 days each fall, recording an all-time single day flight of 20,106 hawks on Sept. 13, 1983, and a seasonal flight of 28,920 hawks. From 1983-89 Wachusett averaged 21,883 hawks. Coverage at small sites that had seen 0-200 hawks faded as people flocked to Wachusett.

Explorations continued. Thom McCullough began consecutive-day coverage at Mt. Watatic, almost due north of Wachusett, which had only been sporadically covered by Paul and others since 1976. Beginning in 1987, Tom documented that Watatic was truly a major fall site with up to 10,000 hawks in a single day, and one of the best sites to see the then very uncommon Cooper’s Hawk. After exploring Bolton Flats as a possible site, Barton Kamp established spring and fall consecutive-day coverage at Barre Falls, which has had several single-day flights of 9-11,000 birds.

Paul Roberts initiated spring hawk watches at Plum Island and Wachusett Mountain in 1977 and documented a record flight of 339 American Kestrels at Plum on April 12, 1978. Over 800 kestrels were seen at Plum that month. A spring watch was also established on Watatic. Don Manchester later started the Cape Cod Hawk Watch at Pilgrim Heights, North Truro, documenting a spring migration very different from that seen on Plum. Meanwhile, in the mid 1980s volunteers suggested that Paul stop paying the costs of the EMHW personally, recommending it should become an actual club with modest membership dues and officers, which was done.

The growth of consecutive-day coverage at three fall sites diminished interest in exploring for new sites or watching at sites that could not complete with the numbers at the bigger sites. Concurrently, we gradually had fewer volunteer counters to maintain consecutive-day coverage at Wachusett, Watatic, and Plum. In 2006, Craig Jackson revived the Plum Island Hawk Watch now averaging 150 hrs of coverage, and which with Pilgrim Heights (250 hrs) constitute the only two true coastal spring migration sites in eastern North America.

Several years later Steve Olson, later joined by Rod Chase began dramatically expanding the Wachusett coverage, which increased the count, with an all-time record 36,220 hawks seen in 2013. Coverage decreased at Mt. Watatic when Tom McCullough moved to Maine, but Tom Pirro and Brian Rusnica have provided critical coverage that continues to show Watatic is a major site that would benefit from more coverage.

The history of the club demonstrates how important volunteers are to gathering and disseminating important information on what is going on around us, part of an important, international citizen science movement. We always need more volunteers who are interested in learning… in discovering what is happening with raptors.

There is also a certain fun-loving, friendly attitude at our watches. Wachusett regularly draws hawk watchers from six states! In September, it’s like getting together with an extended family. In November, Wachusett has developed a small but rugged corps of “winter hikers” who seem to relish the bone-chilling northwest winds to look for the uncommon Golden Eagle, Red-shouldered Hawks, and magnificent Redtails in the late autumn light. Plum Island has developed its own extended family, cheering with the passage of every close Merlin or adult Northern Harrier, and enjoying even the camaraderie of misery when the flight is much smaller that day than everyone had hoped.

Everything EMHW does depends on volunteers. Volunteer spotters, counters, and site leaders, and volunteers to serve on the board and as officers. Volunteers to help run an annual meeting that regularly attracts 125+ people. You get to see a lot, meet a lot of great people, and learn a lot. Volunteer for the hawk watch today. Contact a site leader for more information, or email e.masshawkwatch@comcast.net.